I was walking to his classroom just like any other afternoon and that's when I saw it. My precious little angel- bullying a younger baby girl for the ball she held. She was sitting against the wall, minding her own business, and he was trying to take what she had even though there were countless other toys strung across the room. He had one hand on her ball, the other hand against her chest or face- I can't remember because I was so upset the instant I saw it! "JONAH ISAAC JUSTUS" came out of my mouth before I knew it, and much louder than I had hoped. He was startled to hear my voice, turned to look up at me, then whacked the little girl in the head! OH. MY. WORD. Someone please contain me before I lose my cool. One of the teachers calmly took him away from the little girl. I immediately ask for him to be given to me. I give him a quick whack on the bottom (yes, I spank my child when I feel he deserves it- which isn't that often. Go ahead, scrutinize, judge, then shoot me), tell him "NO SIR! WE DO NOT HIT!" And sit him down against the door next to his classroom for a time out. Oh yea, and I was bent down during this entire interaction considering he's two feet tall or so, and I had a skirt on. Enough said. I proceeded to speak to his teacher regarding his behavior and asked if this type of thing had been happening all day. She seemed almost embarrassed to tell me, like she would offend me if she told me how he'd been acting. She told me he had spent quite a bit of time in time out today for pulling hair and hitting. To sugar coat the situation, she told me he is always really sweet when he apologizes after time out. All of this is just so shocking to me. I mean, I know he has a bit of an attitude, ok if I were to be honest, he has a HUGE attitude. But, it still makes me wonder if there's something I'm doing wrong? I ask myself all the questions we mothers ask ourselves when we aren't sure we're doing everything right. He's a toddler, it's going to happen..... right?!?! Uggghhhh. 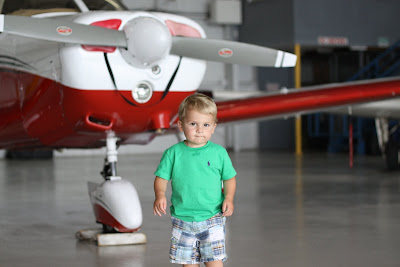